How the Game of Jenga Can Spark Strategy and Decision Making 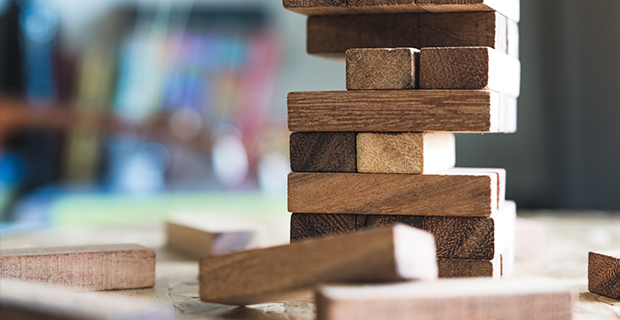 Multiview recently attended ACCESSE22 in Richmond, VA, where hot topic discussions revolved around DE&I, membership, content management, and leadership. Attendees and partners collaborated during the 3-day event to finesse what organizations are already doing, as well as how to improve and grow with the generations to come. In fact, a lot of these discussions sparked during wild games of Jenga during the Afterglow networking event that Multiview hosted.

You may ask, why Jenga? Well, on a whim, the team decided to purchase a giant Jenga set for the networking event to spark a little entertainment for the 100+ crowd. We thought it would be a good ice-breaker and could get like-minded individuals talking. Little did we know, though, that one simple — and nostalgic — game was a metaphor for what the association community is doing each and every day.

Just as quickly as the Jenga towers were being built with precise decision-making, the conversations were building with the players. Relationships were being built not only on a professional level, but personal one too. With each block placed on the top of the tower, a goal, initiative, strategy, or challenge was brought to the forefront of the discussion.

What you may not know is Jenga is derived from the Swahili word Kujenga meaning “to build,” and is more than just building a tower of blocks. It’s about building patience, relationships, and decision making.

In the association community we’re building memberships, sponsorships, relationships, and so much more, but instead of using blocks, we’re using choices that will accumulate year over year. Every decision we make is independent of each other — similar to Jenga blocks — but they all connect and lead to a final outcome.

Just as a Jenga player decides which block to remove, we (the association community) must decide which choice and decision to make next. That said, in order to build something fantastic, risks need to be taken. When a player moves the loosest block in the tower, the risk of the tumble is always there. That’s okay, though, because things don’t always go according to plan.

In fact, the most magnificent tower can be built by the players, but eventually there won’t be any more moves to make. From there, the decision to either stay or take a chance of removing a block.

Despite being such a simple game, Jenga requires much thought and delicacy just as we do in the association industry. The pandemic required us to make an abundance of choices and we had to pivot to see if the tower was going to fall. In most cases, it didn’t, but as we become accustomed to making those every day choices we must know that the tower may fall. And if it does, we will build again. 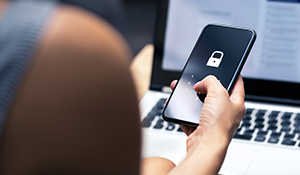 The Role of Human Error in Association Data Security

Today, we’re seeing associations gather more and more data for their organization and members. And as many are moving to a cloud-based platform to...

END_OF_DOCUMENT_TOKEN_TO_BE_REPLACED 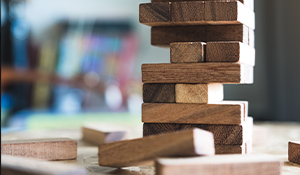 How The Game of Jenga Can Spark Strategy and Decision Making

END_OF_DOCUMENT_TOKEN_TO_BE_REPLACED 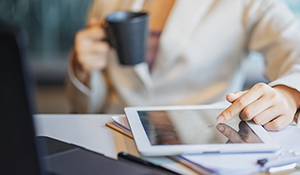 The Other Side of Digital Communications – Should You Get Personal?

To say that customer service is the core value of an association is an understatement — especially for your vendor and member relationships....